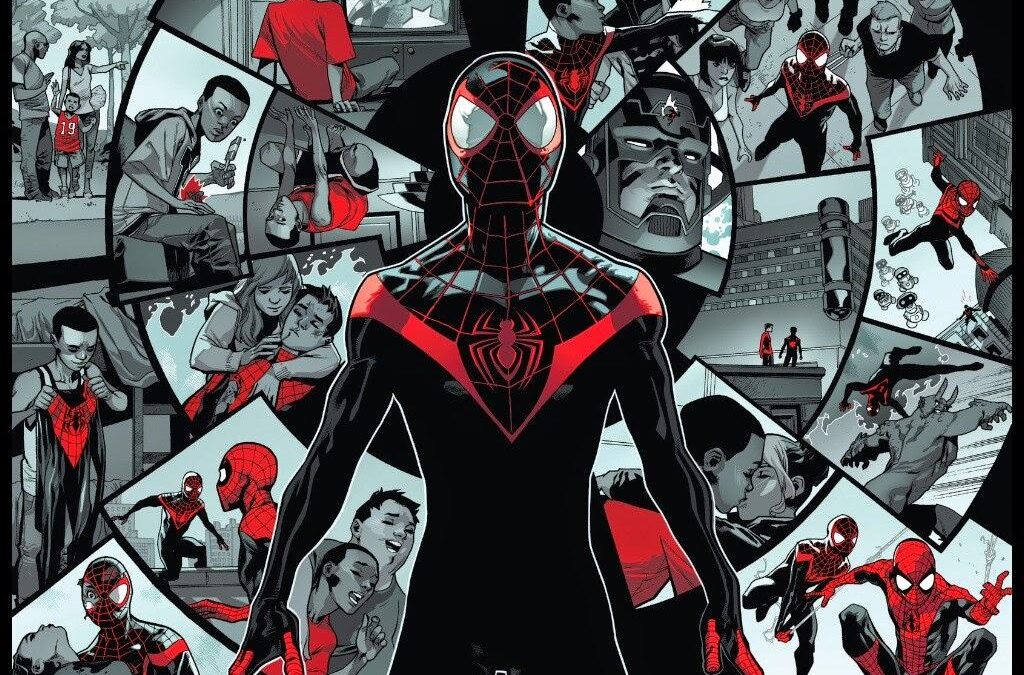 Miles Morales may be one of the newer Spider-Men to come along, but that doesn’t mean that his history doesn’t hold a few secrets. If you haven’t been buy weekly comics from an online comic book store for a while then you might not know the following facts.

While Miles is presently a key figure in Marvel’s Earth-616, it wasn’t always that way. As some fans may know, Miles initially started out as a figure in the Ultimate universe, a universe where Marvel’s characters were given a much more grounded background.

Though he was just an ordinary high school kid making his way through life, after a fateful encounter with a genetically modified spider and the death of his universe’s Spider-Man, Miles felt he had no choice but to pick up the mantle of Spider-man. In addition, he’s been known to travel the multiverse with other Spiders fighting villains. For more awesome stories, consider checking out the comic books we have in our online comic book store.

Miles may have picked up the mantle of Spider-Man, but just because he took on the mantle and wore the same (and then a similar) costume, doesn’t mean that he was the same old Spider-Man that fans were used to having around. Not only was Miles vastly different as a character, but his powerset was also quite different.

For starters, Miles had the ability to activate a camouflage that would hide his presence from enemies. Alongside that, Miles also had an enhanced spider-sense and bioelectric charges he could release which he deemed his “venom blasts”.

Though Miles has a whole plethora of powers that the original Spider-Man never had, there is, perhaps, one power that stands above the rest. One power that could come through for the young Spider-Man in a way that none of his other powers can. Immortality.

Though it has not been strictly confirmed or denied, it has been hinted that because Miles’ body was altered by the OZ formula, he, in theory, has become immortal.

During the events of 2015’s Secret Wars, which saw Dr. Doom capture and siphon off the powers of Molecule Man, Owen Reece, Miles was introduced to many of Marvel’s heroes from across the multiverse.

After Miles and Spider-Man, Peter Parker, discover the captive Molecule Man, and a fateful exchange of a cheeseburger that Miles just so happened to have on his person, Molecule Man finds himself indebted to Miles. The prize for this cheeseburger? A resurrected mother and a shiny new life in the newly-reformed Earth-616.

There are a number of factors that brought about Brian Michael Bendis’ creation of Miles Morales. Yes, it was definitely time to give Spider-Man a bit of an update. But beyond that, two major influences for the characters were none other than Barack Obama and Childish Gambino himself, Donald Glover.

Bendis was inspired by the changing times in America and wanted his Spider-Man to reflect that. And, oddly enough, when an internet petition for Donald Glover to land the role of the new Spider-Man, Bendis took some inspiration from this as well.

As mentioned previously, Miles Morales has quite a different powerset than his predecessor. One of the key differences between him and Peter Parker is how sensitive and reactive their spider-senses are.

Though Carnage and Cletus Kasady had long been removed from Miles’ life, when the Grendell symbiote began its quest to free Knull, Miles was caught in the crossfire. While attempting to save Mac Gargar from the Grendell symbiote Miles happened to become bonded to the symbiote, making him a slave to its will.

Miles, would, however, temporarily free himself from its control, only to willingly submit himself to the symbiote in order to spy on Carnage. Though he was able to fight off the influence of the symbiote at first, it would not last long enough to fulfill his plans which would necessitate his saving by Eddie Brock.

Civil War 2 was a crazy time for a lot of Marvel’s most famous heroes. Captain Marvel essentially went full minority report. Hawkeye killed Bruce Banner. Tony Stark kidnapped an inhuman and led a revolt against the (seemingly) power-hungry Captain Marvel. And, well, after all that, it’s hard to blame the younger generation of heroes for being disillusioned with their heroes.

So, when it came time to clean up the mess that was left in the wake of Civil War 2, Miles, Ms. Marvel, Amadeus Cho, Nova, Viv Vision, and the time-displaced younger version of Cyclops decided to break away from the Avengers and create a team of their own. A better team. A team of Champions.

Another one of the big enhancements that Miles has when compared to Peter is that of his organic webbing. It may not actually be a physical organic webbing in the way that most people think, however.

Instead, Miles creates a thread of energy, which has the same tensile strength as his web-fluid. This thread of energy can also be used to deliver a shock to his enemies via his venom blast. So, not only does Miles have organic webbing, but it’s also electric webbing. Nice.

Though Secret Wars had reached its conclusion and Miles, along with the rest of his family had been sent into Marvel’s Earth-616 identities and histories intact, apparently Molecule Man forgot to remove the Miles Morales that was already living in this universe. This Miles, unlike his heroic counterpart, had not led such a good life.

In fact, this version of Miles had spent a lot of time working for the one and only, Wilson Fisk. This version of Miles eventually found himself in conflict with his younger, superpowered counterpart, along with Peter Parker. Oddly enough, this Miles would eventually make his way to the Ultimate universe where Miles Morales Spider-Man had originated.